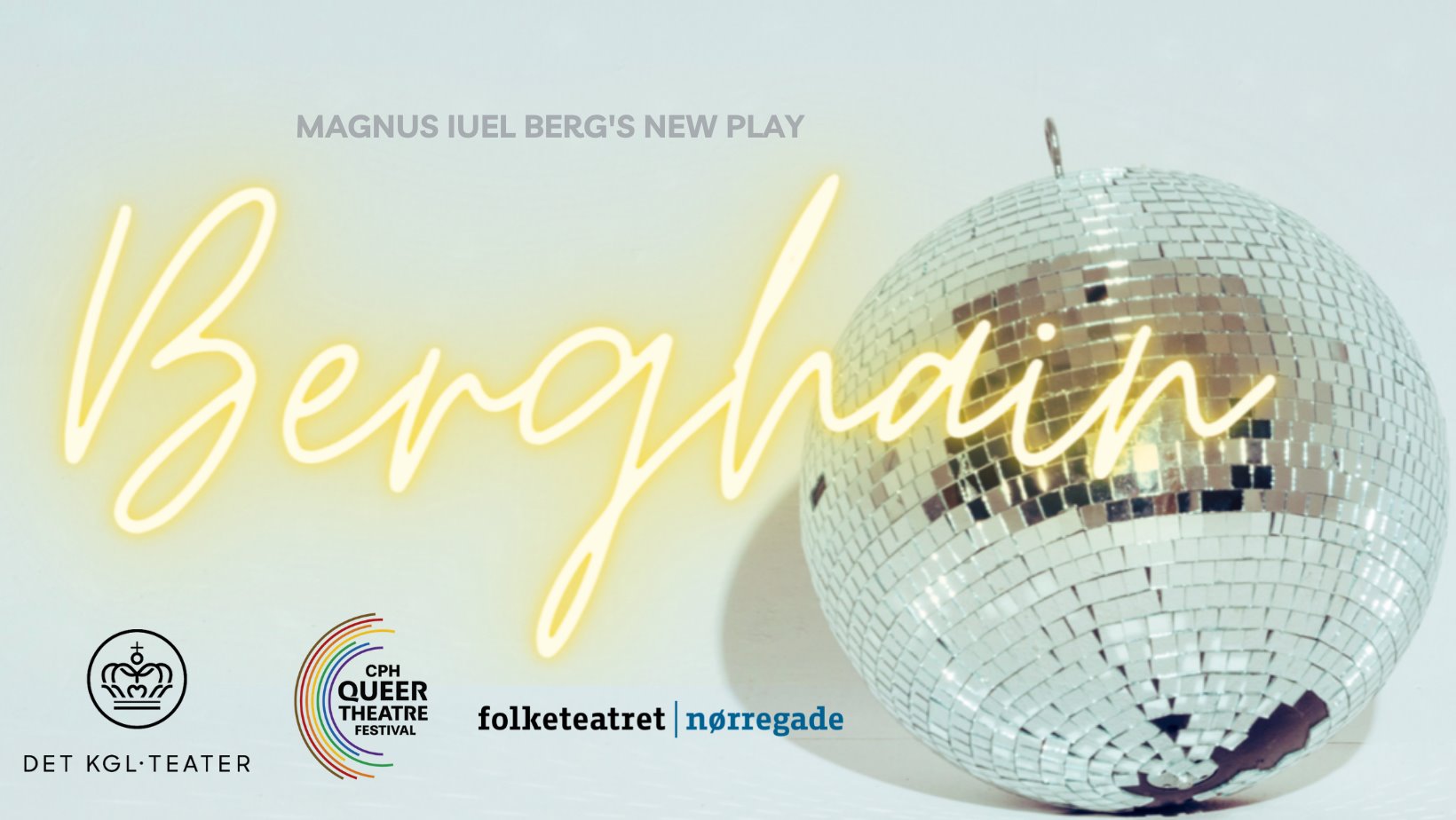 During the CPH Queer Theatre Festival in 2021, Berghain had its world premiere at Folketeatret and The Royal Theatre’s Skuespilhuset in Copenhagen. Due to the popularity and demand, the play has been re-staged and will open for a new run on August 27th. Audience goers attending Aarhus Festival uge will also be able to experience this unique show. Berghain is an original play by the Reumert-winning playwright Magnus Iuel Berg and the music os composed by Simon Muchinsky, from the famous Danish band When Saints Go Machine.

Producer: Down The Rabbit Hole 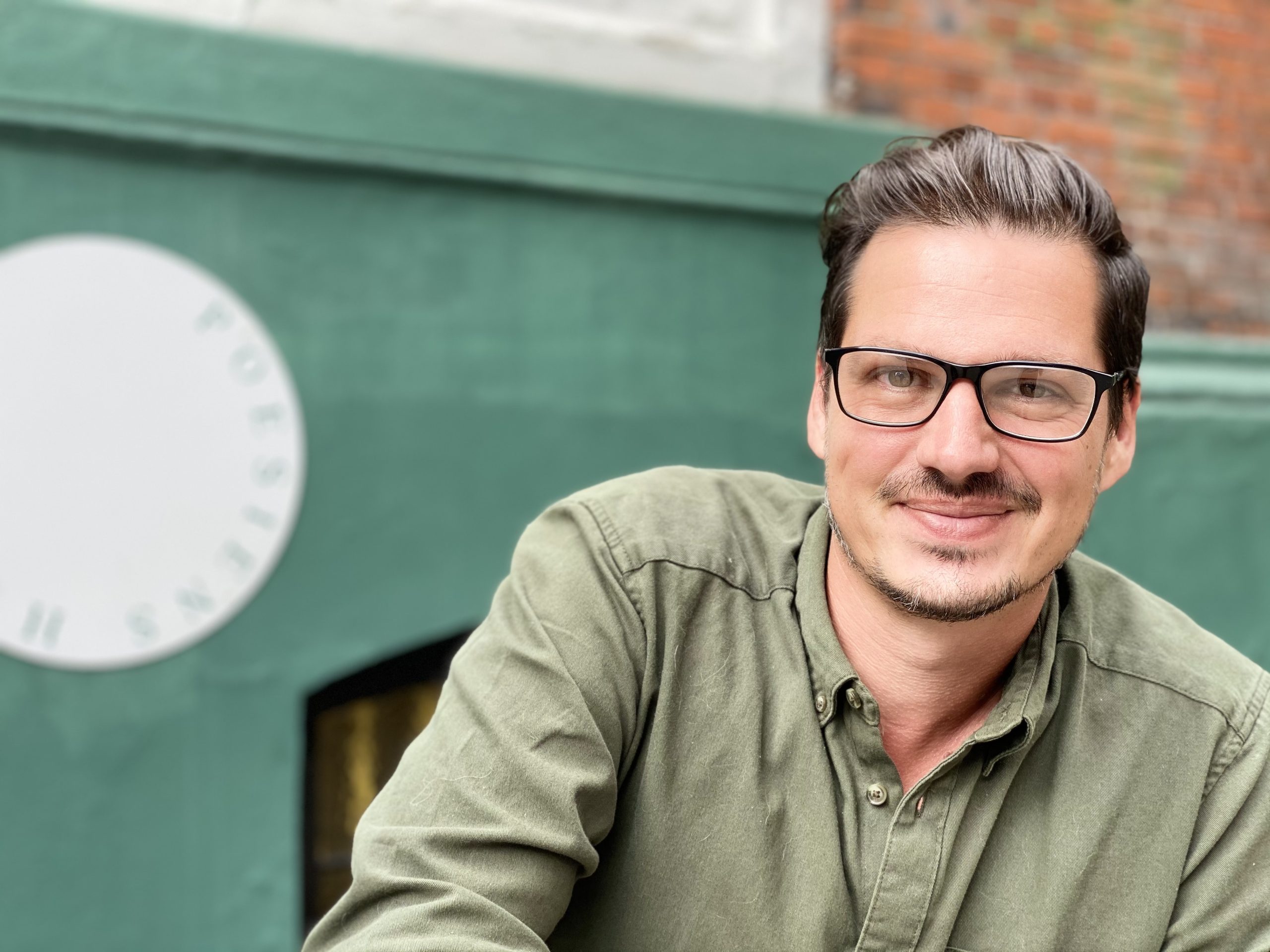 Jeremy is a freelance stage director and member of the Danish Directors Union, with a Master of Fine Arts in Directing from the University of Wisconsin-Madison and over 10 years professional directorial experience, working primarily in Copenhagen, Denmark. He is a collaborative leader, with a strong sense for language and his artistic work focuses on re-imagining text-based theatre through experimentation and new play development through a unique concept of creative co-creation. Some of his most notable work is The Shy Manifesto (2020), The Clean House (2019) and Old Times (2020) 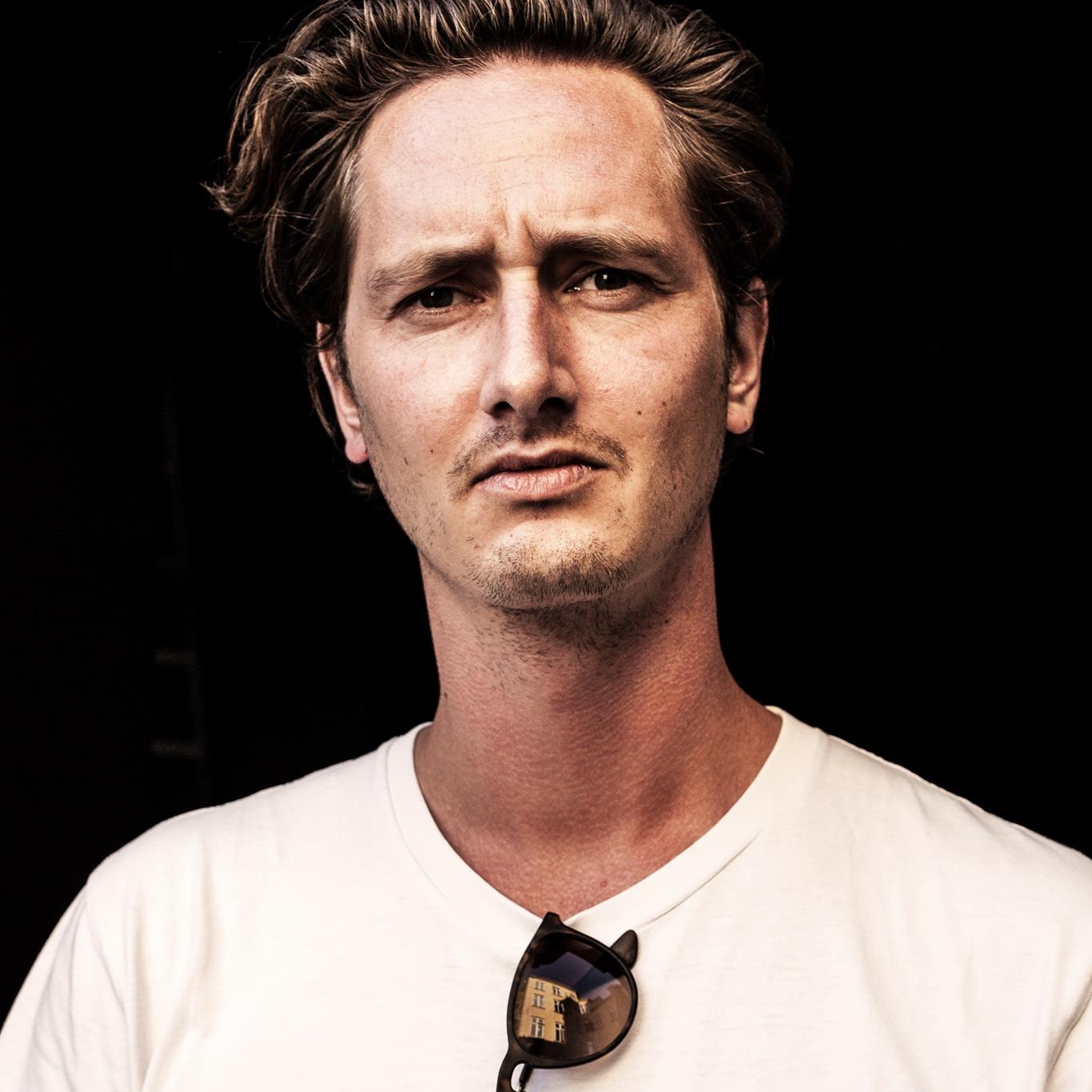 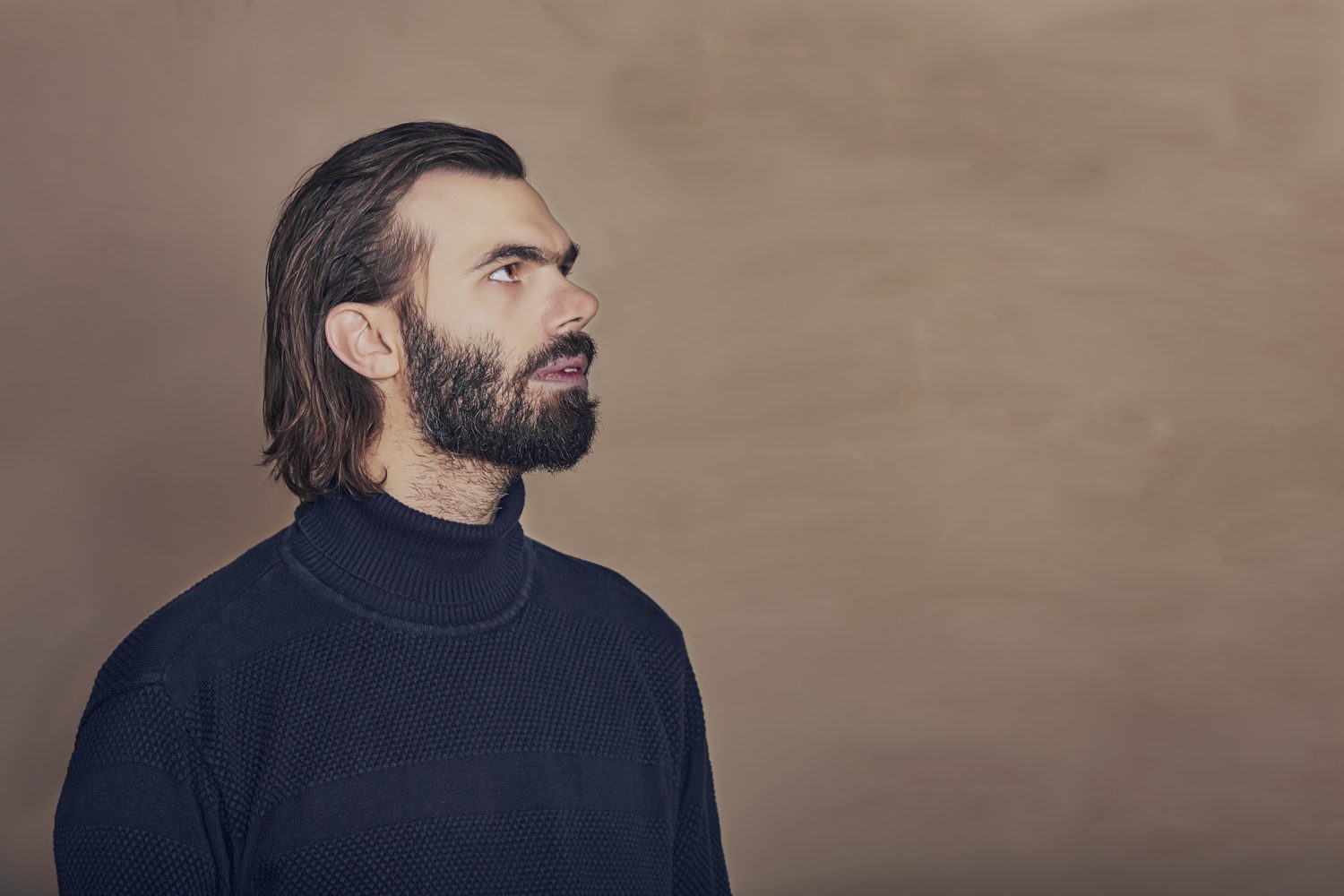 Simon Muschinsky, musician, producer, composer. Formerly “When Saints Go Machine” which he has produced for and toured most of the world with for the past 12 years.
In addition, he has done a lot of crossover art projects between music, film and installation art. 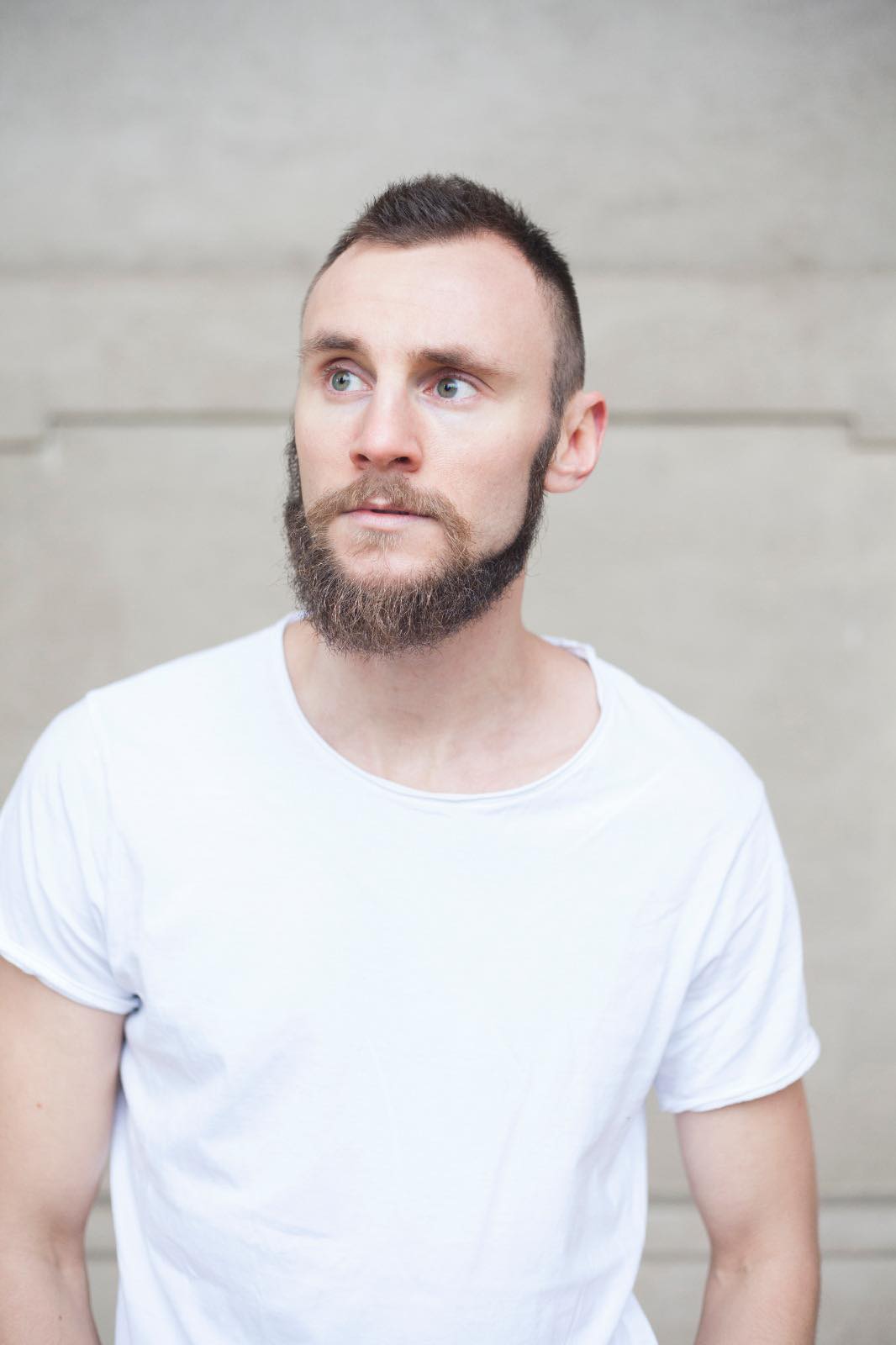 Christian Vincent is a Danish actor, VO-artist and award winning activist based in Copenhagen, with a solid connection to The Netherlands and Malta.He has been coached by Danish dubbing-legend Lars Thiesgaard, lending his voice to animation, live-action and computer games since 2011. Credits include titles such as Pokémon, Total Drama Island and Skylanders. Upon graduating from Ophelia Acting Studio he toured with the Danish hit musical “Skammerens Datter” before venturing to Amsterdam for a personal growth journey. Now he is back on stage after a 5-year hiatus, and Berghain will be Chris’ second non-Danish performance this season, as he has just returned from his international stage debut performing in a controversial comedy about people living with HIV in Malta.

Kristen Flanagan is an actor, voiceover artist, and corporate communicator, originally from the US, who has been living and working in Copenhagen for nearly six years. She holds a B.A. in Theatre Performance from Tulane University and has appeared in various productions in New Orleans and Copenhagen, most recently starring as Connie in Assemble Theatre Collective/CTC’s ‘The Effect’. Kristen made her debut working with Jeremy M. Thomas as Charlotte Corday in ‘The Revolutionists’ as part of the Summer Staged Readings series. 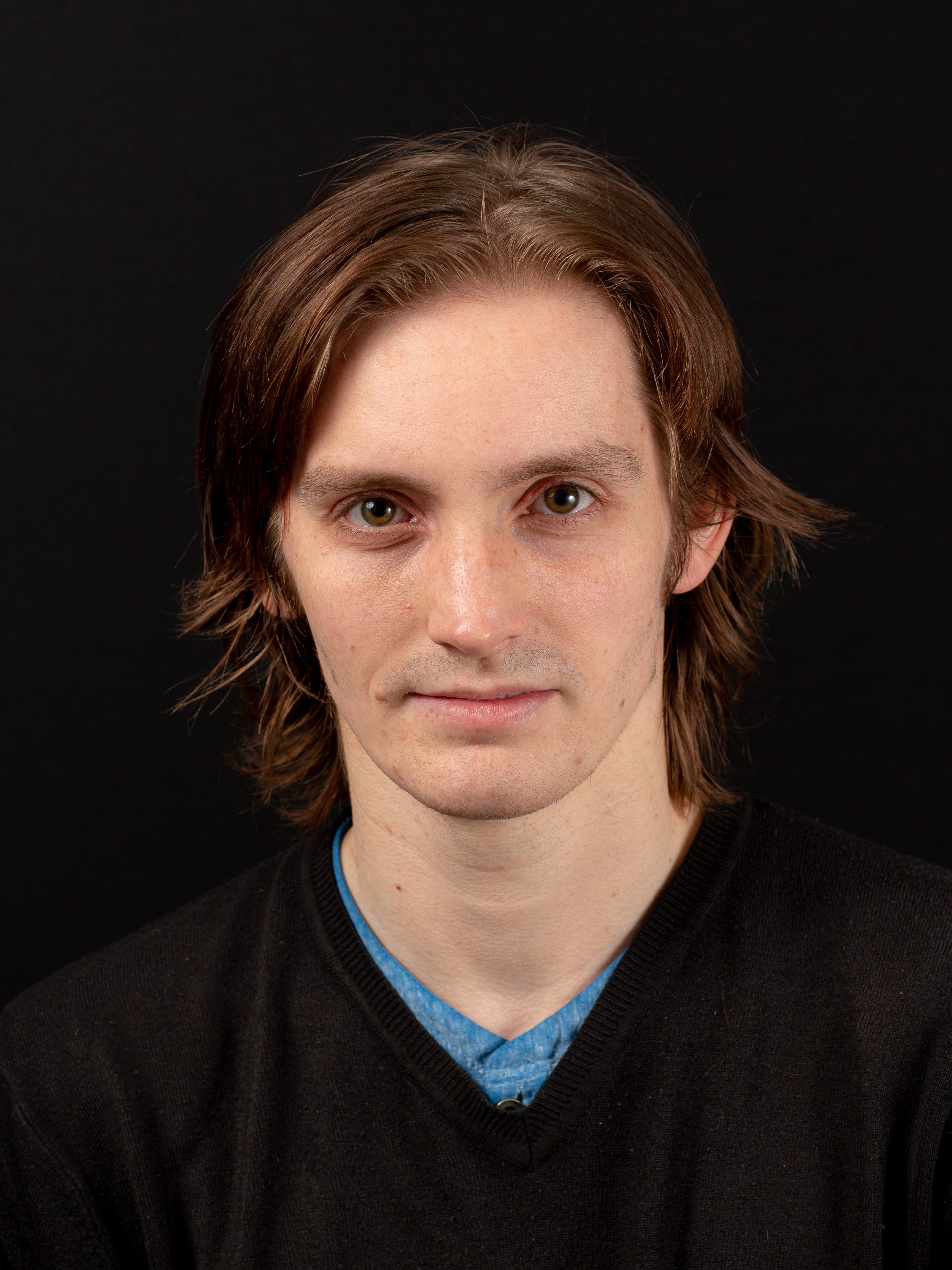 Daniel Neil Ash was born in Kingston Upon Hull, England. He began acting professionally at eighteen, when he graduated the foundation program at the Oxford School of Drama. He worked in film and theatre and starred in The Broken Teeth of Lions, produced by BAFTA winner ‘Chris Hees’ before deciding to continue his training on the three year program at the Copenhagen International School of Performing Arts.
Upon graduating in June 2020 Dan made his Debut with the Shy Manifesto for HIT CPH and has since worked as a voice actor and also starred in Later We Go Home supported by Filmvaerkstedet. On the side dan is an accent coach and writes drama for his own projects. 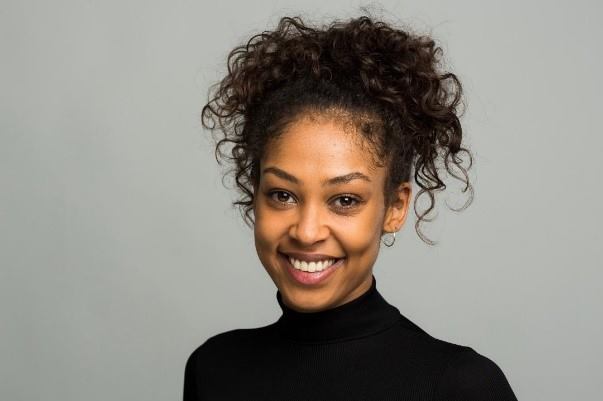 Theresa is an actor, singer and multi-creative, which shows in her playful and exploring style. She has a handful of experience within dance and ensemble work, as well as in film acting and -production. Theresa’s multitalent is brought to life in the diversity of her previous work, where she has played the part of Cassandra in Christopher Durang’s reinterpretation of Chekhov’s “The Seagull” at TeaterHUSET in Copenhagen and has produced, as well as acted in the all female-made productions “Mig, Mig, Mig”, “Jyden VS. Københavneren”, ”Nå” and the music video for “Jeg Har Dig” which is written and performed by Theresa herself together with singer/songwriter Tjida. Theresa also has her training from Københavns Film- & Teaterskole where she’s been taught by Charlotte Munck and Bo Madvig.
Instagram: theresanabifwo 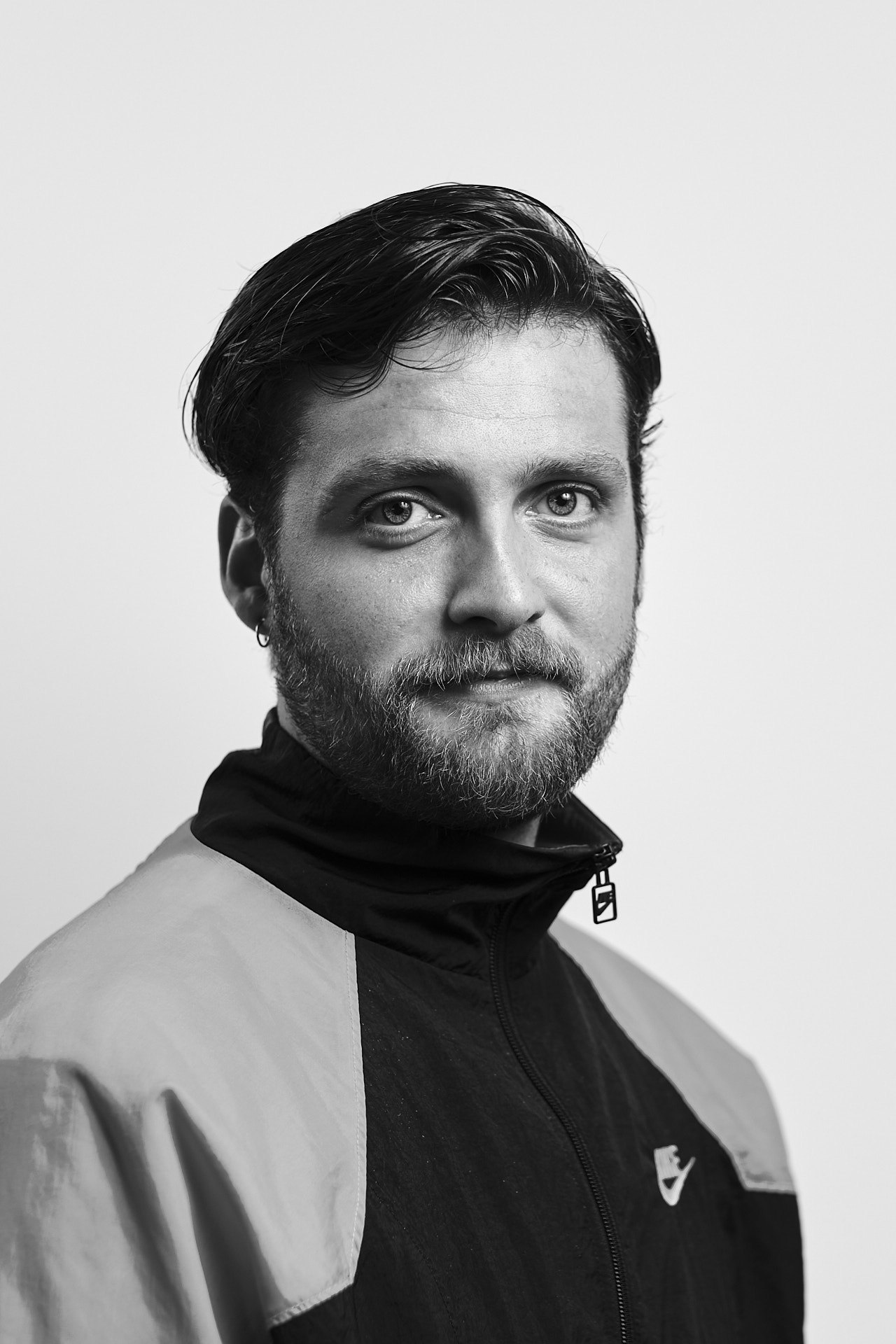 Jon, an Icelandic actor, from a small fishing village located in the Westfjords (Tálknafjörður), on his 3rd an final year at CISPA studying acting for BA. He has had numerous projects in the field, in movies, TV and on stage as well as several commercials and done few Narrations as well.

Play premieres on Roller Skates at Bøssehuset August 25th. Tickets are selling our fast  – get yours now at Teaterbilletter.dk 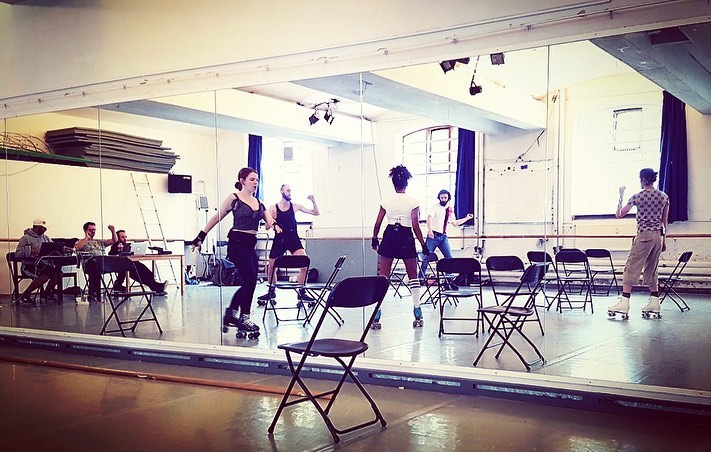 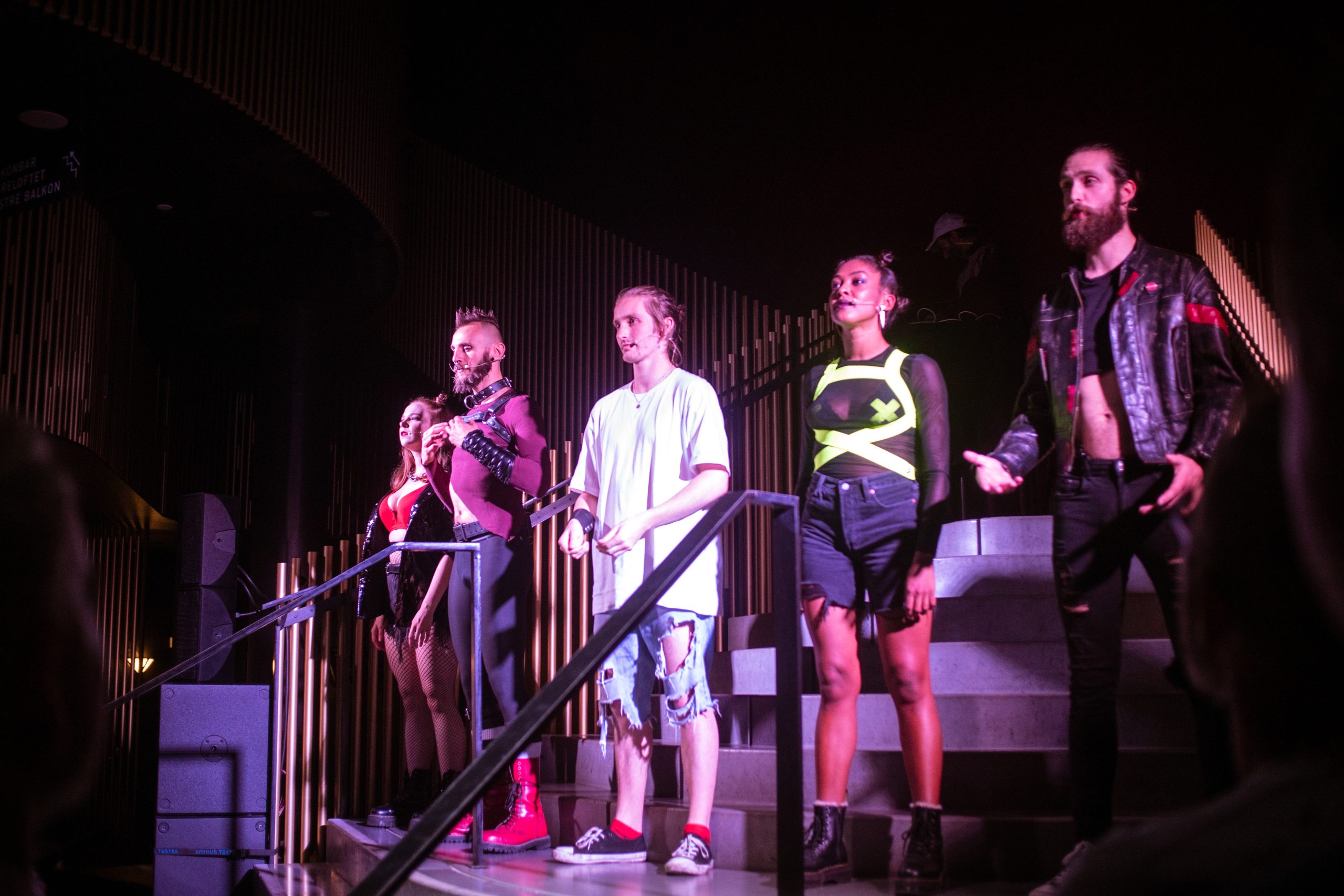 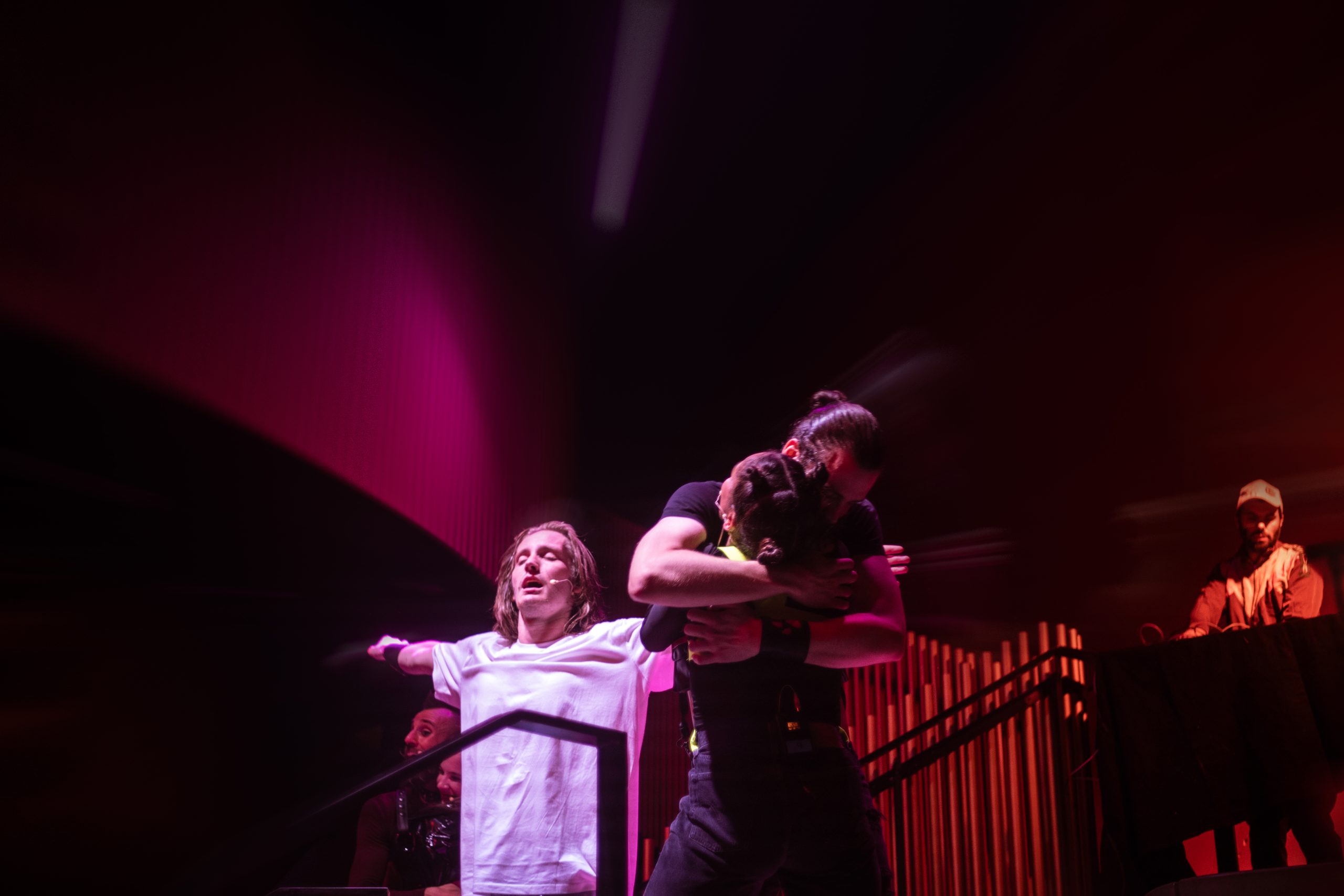 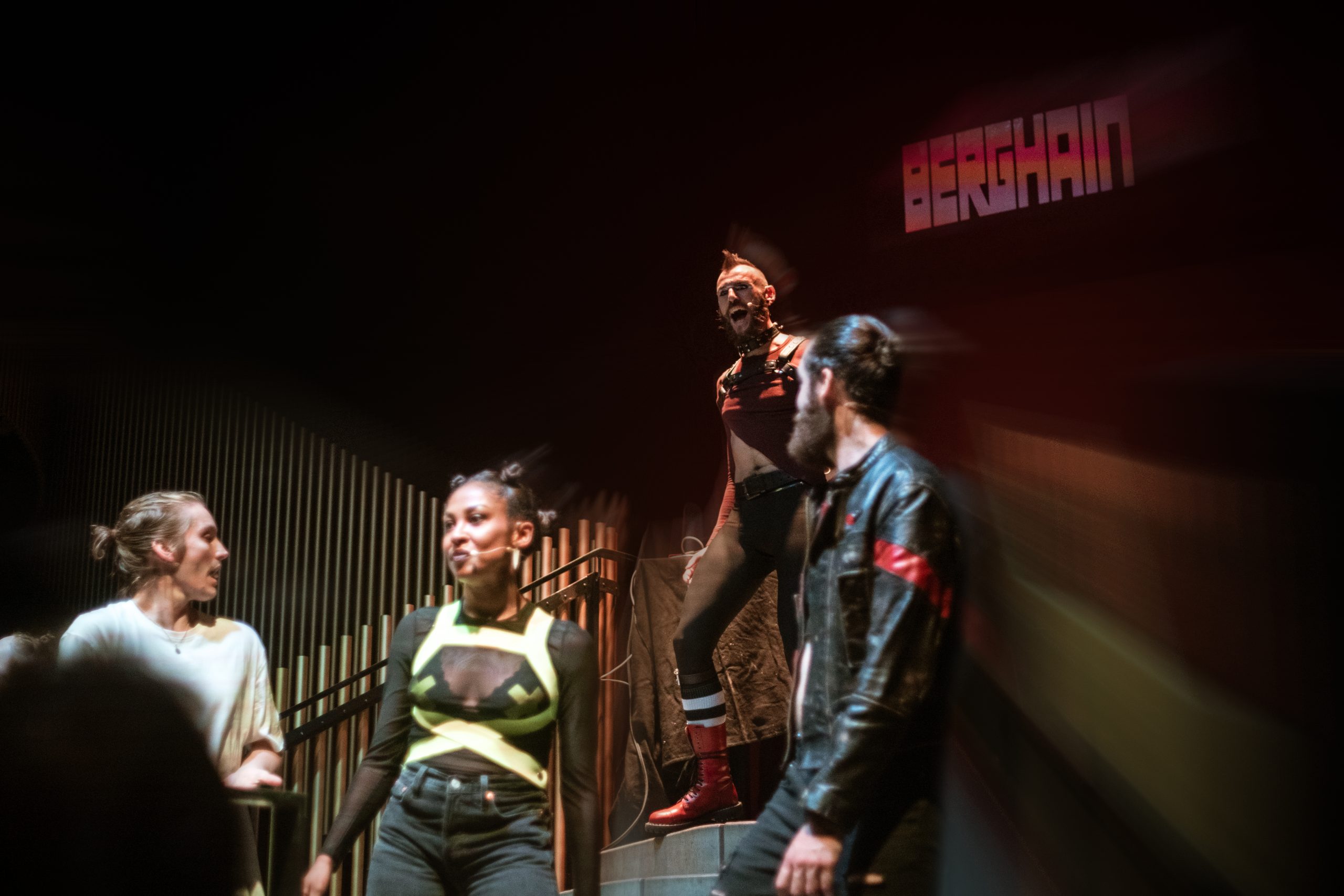 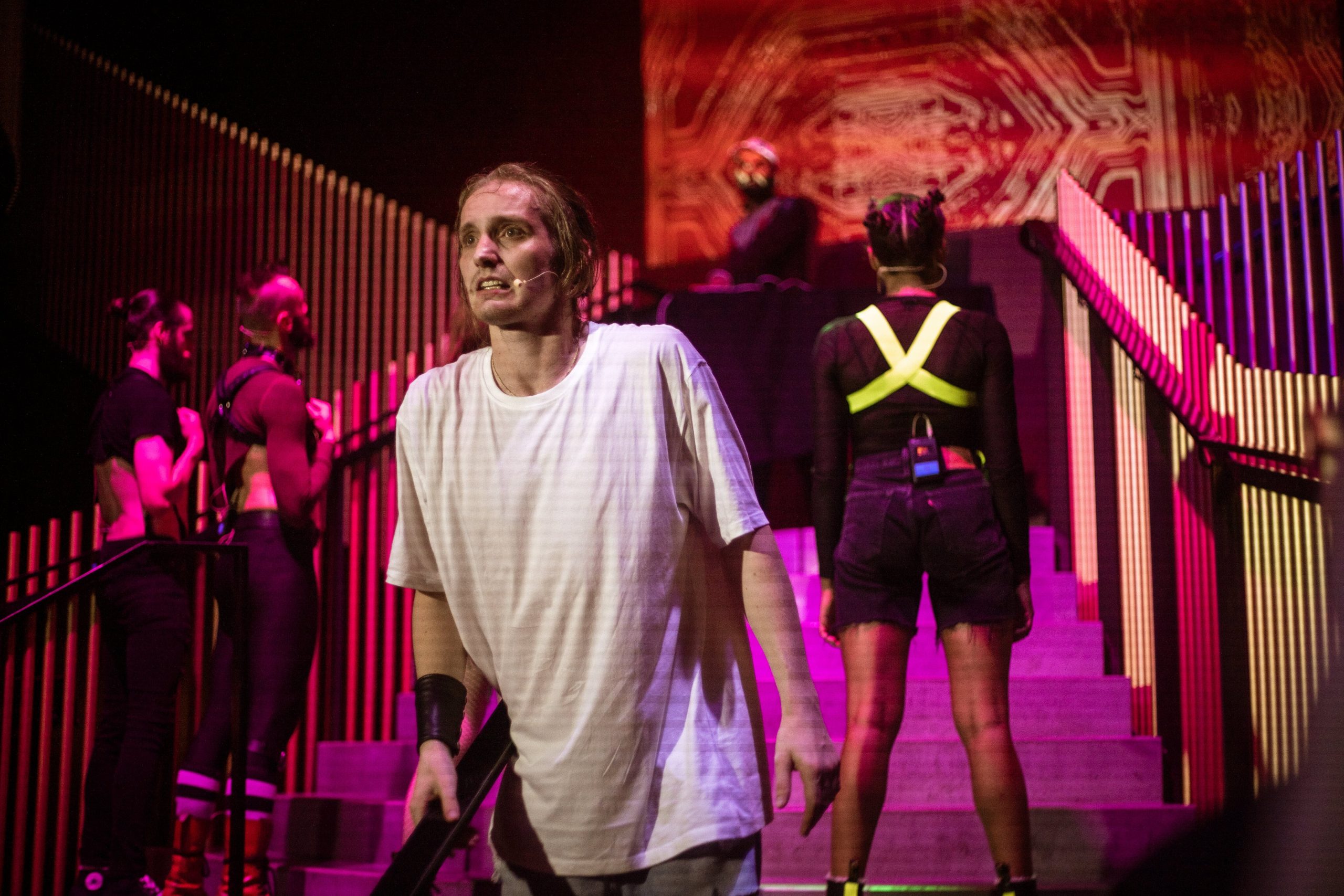 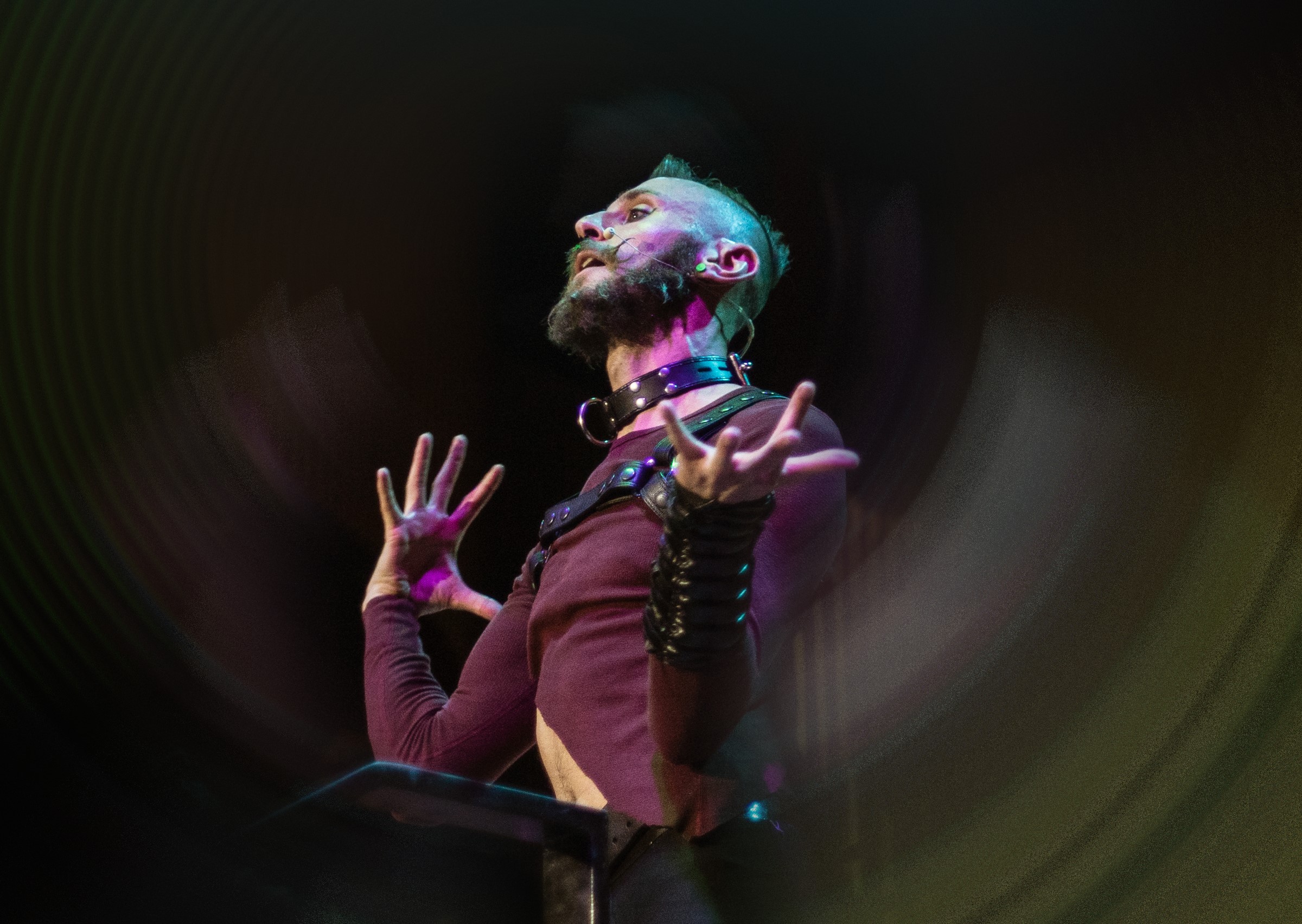 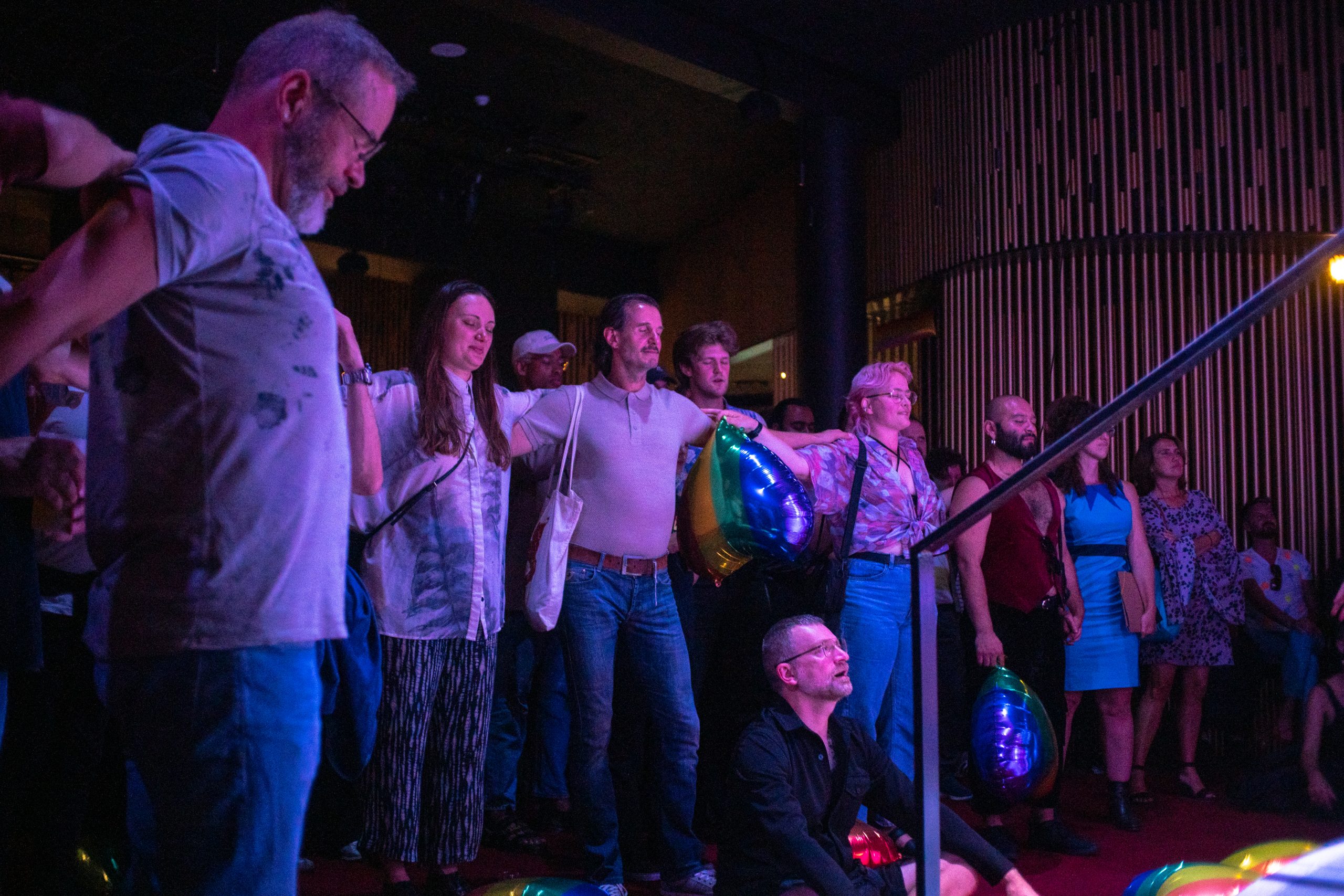 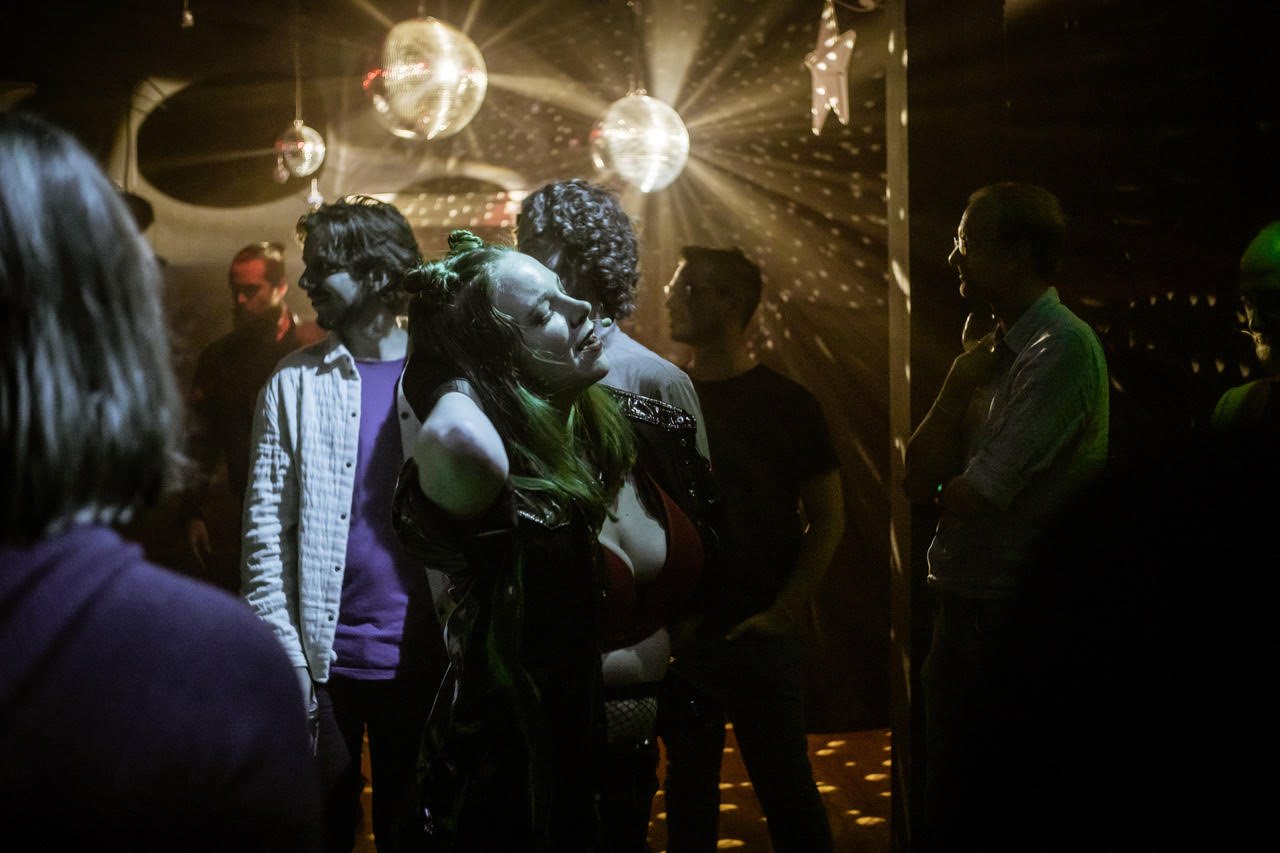 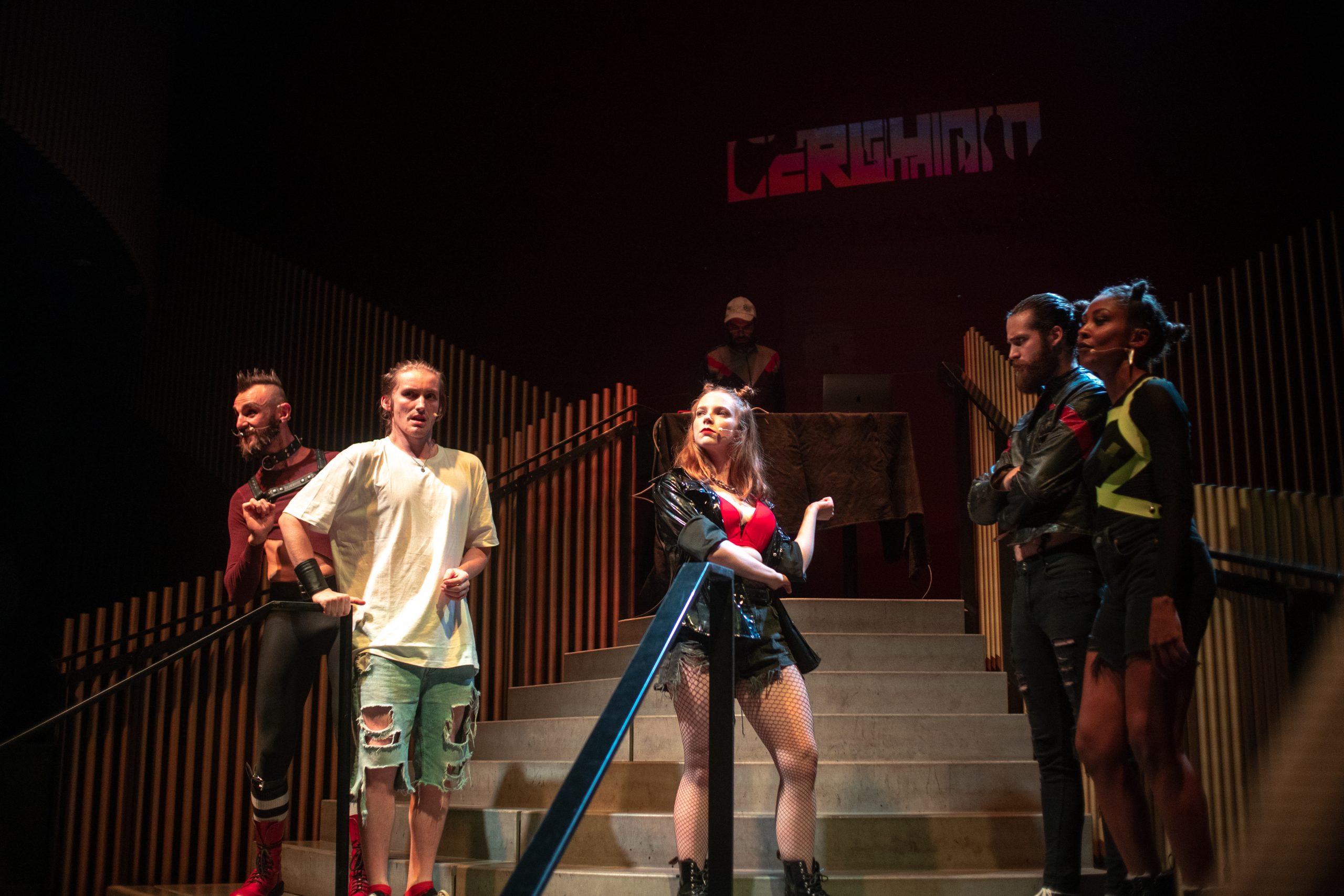 August 2021
“Berghain is brave, honest and above all a huge amount of fun. Embrace it. Go in your leather, bring a collar and a leash, wear a strap-on! Or whatever. Berghain doesn’t hold back and neither should you.”