Cph Queer Theatre Festival presents a variety of international queer theatre performances ranging from an australian cabaret created by Moira Finucane, a hilarious ensemble comedy by Neil Labute, a naked solo performance,  pop-up premieres, panel debates, artist gatherings and a unique opportunity to get up close and personal with the artistic process. 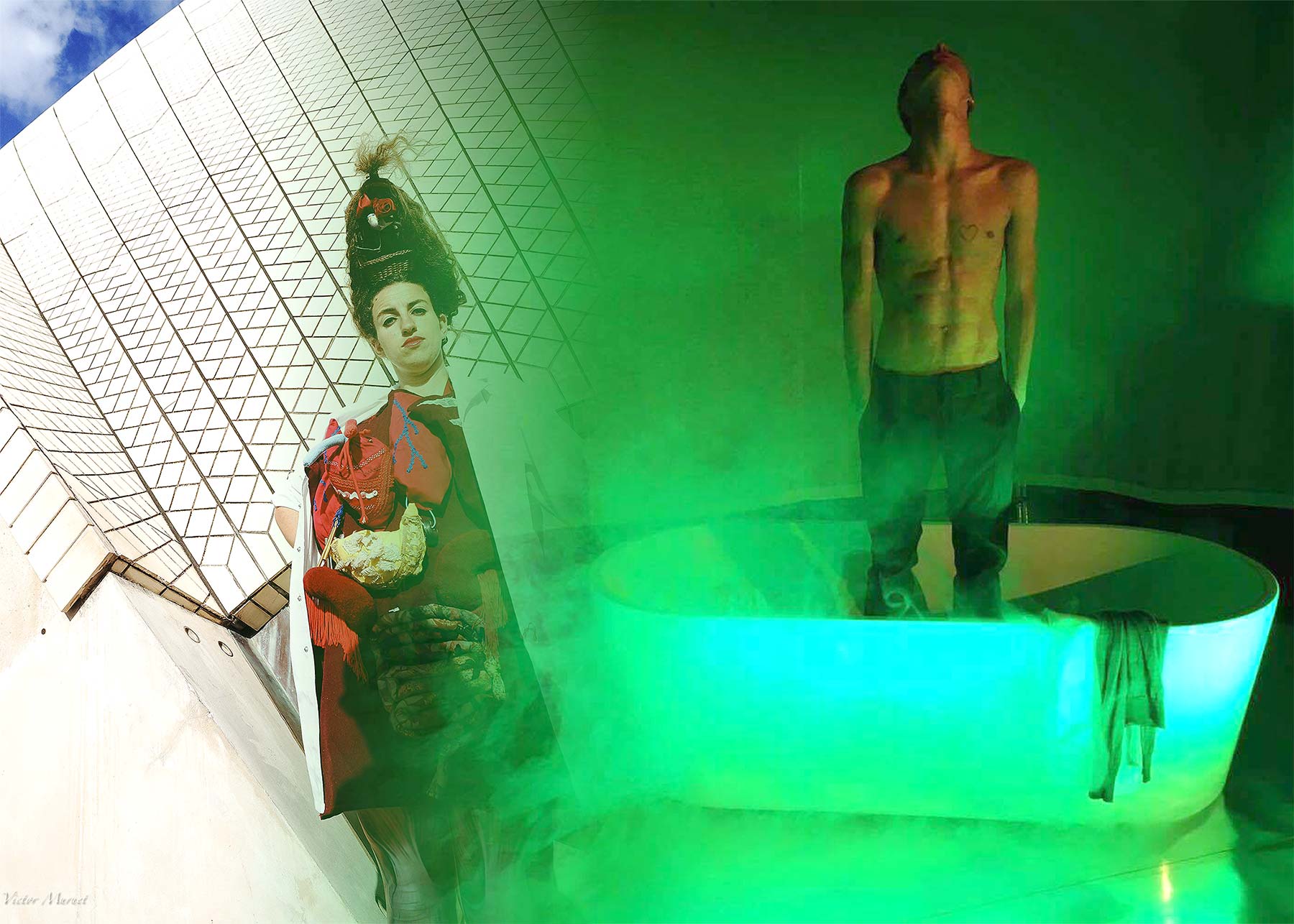 10 Day Artist residency with Directors, Writers, actors and designers from all over the world.

UK: HOT MEAT is a new-play development and artist residency program, with a focus on the LGBTQ+ community, being presented by HIT- Copenhagen under CPH Queer Theatre Festival, in collaboration with Det Kolde Bord.
Queer theatre artists from around the world are invited to Copenhagen for 10 days of performances and residencies, giving them the unique opportunity to showcase the best of LGBTQ+ theatre and collaborate with Scandinavian artists in co-creation and presentation of new LGBTQ+ drama. During the 10-day residency, theatre practitioners will work together with other artists from around the world to create 1 of 4 new pop-up plays, that will premiere during Copenhagen 2021 – WorldPride and EuroGames,

UK: Regretfully we announce that due to the currecnt COVID 19 travel restrictions, this performance has been postponed. Please stay tuned for details on the new date coming soon.

During the early 1980s, Jewish-American writer and gay activist Ned Weeks struggles to pull together an organization focused on raising awareness about the fact that an unidentified disease is killing off an oddly specific group of people: gay men largely in New York City. Dr. Emma Brookner, a physician and survivor of polio, as a consequence of which she is using a wheelchair, is the most experienced with this strange new outbreak and bemoans the lack of medical knowledge on the illness, encouraging the abstinence of gay men for their own safety, since it is unknown yet even how the disease is spread. Ned, a patient and friend of Brookner, calls upon his lawyer brother, Ben, to help fund his crisis organization; however, Ben’s attitude toward his brother is to give merely passive support, ultimately exposing his apparent homophobia. For the first time in his life, meanwhile, Ned falls in love, beginning a relationship with New York Times writer Felix Turner. 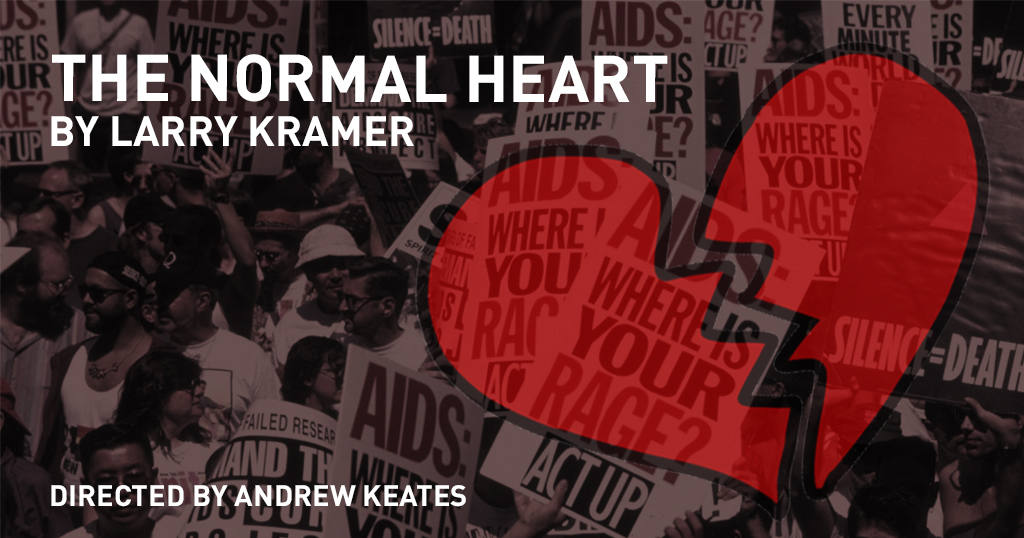 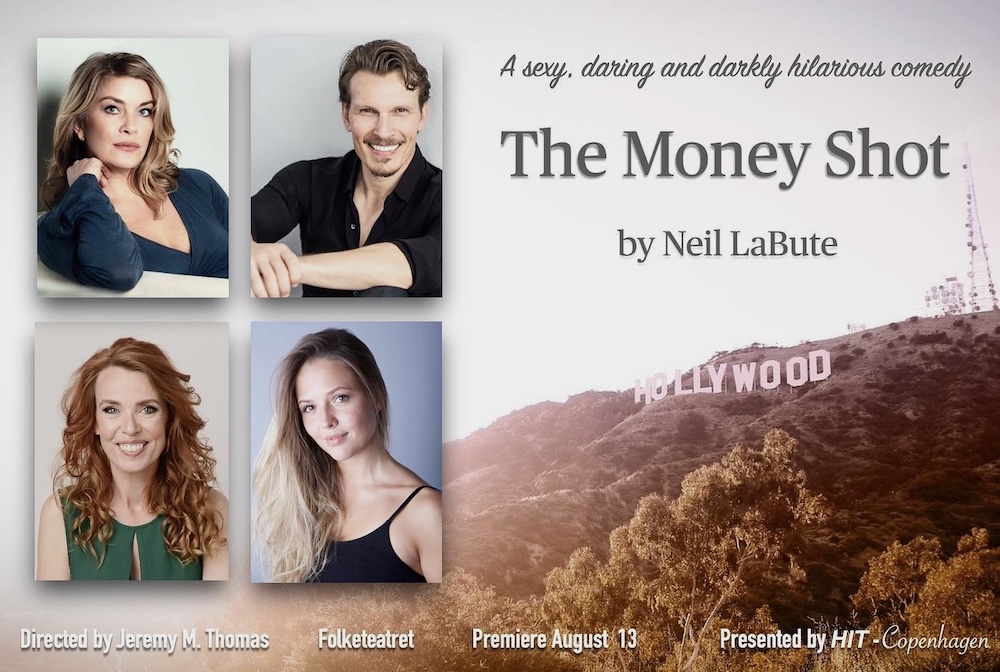 UK: Two famous movie stars, who are anxious not to let their stars go out, get together with their respective lovers to discuss filming a sex scene in their upcoming movie — for real. It’s been years since either one’s had a hit, and they are desperately hoping the latest movie by a hot-shot European director could change that. What follows is a comedic romp through the raging insecurities, petty power struggles and name-dropping absurdities that comes with the fame and fortune of being a movie star. Egos are shattered, fistfighting ensues, and everyone drinks entirely too much alcohol… all well before dinner. Neil Labute’s no-holds barred satire, The Money Shot, invites you into Hollywood’s inner circle while holding up a mirror to each of us, implicating our role in this culture in which very little is sacred and nearly nothing is taboo. As the evening devolves, the play asks, “How far will you go to hold on to fame?”

Berghain is the world premiere of a brand new play by the Reumert-winning playwright Magnus Iuel Berg, with music composed by Simon Muchinsky, from the famous Danish band When Saints Go Machine.

The performance is performed in repertoire with “feminine octagon (or, aristoteles can eat me),” as a part of HIT-Copenhagen’s season and  LGBTQ+ performers presented in collaboration with Bøssehuset. 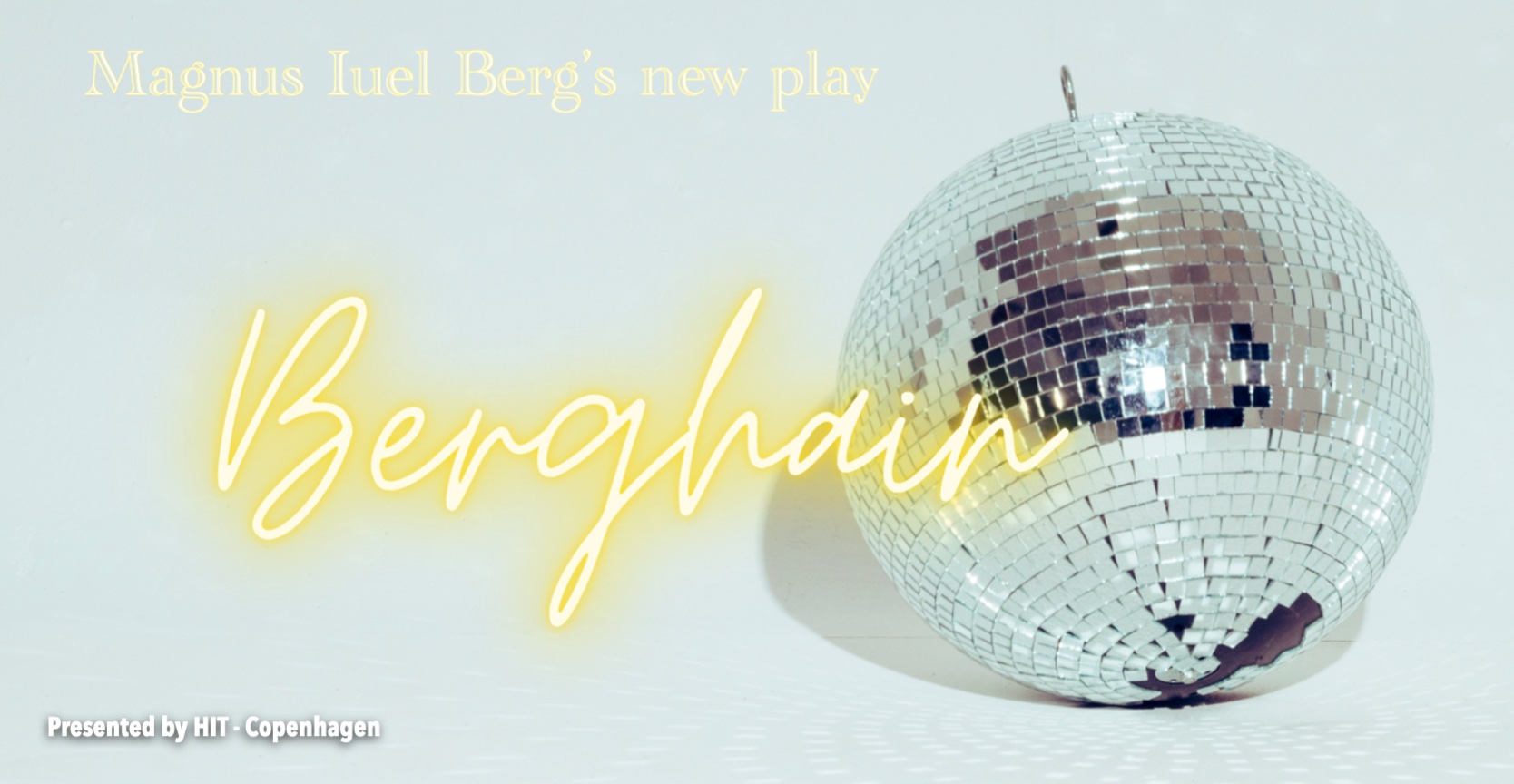 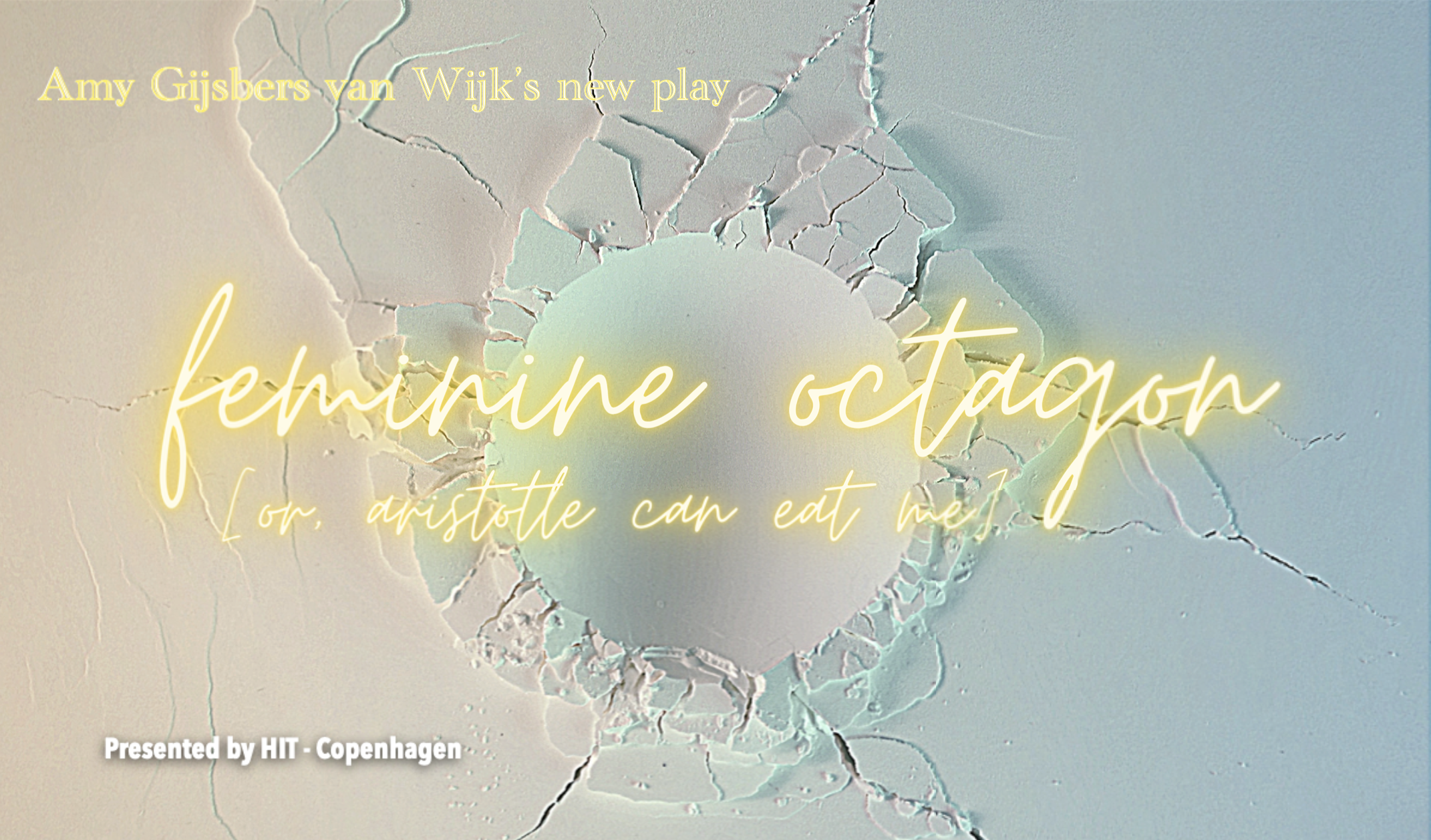 feminine octagon [or, aristotle can eat me]

UK: Allure and Candy become goddesses. A man falls from the sky. Flowers + Mary Shelley fall in love. & cam girl Eurydice_19969 wants to make that ca$$$h. feminine octagon [or, aristotle can eat me] is one hour/one night/one hundred nights in the search for an unforgettable, life-changing party. A genre-smashing, sophisticated maelstrom of sex, sexuality, culture and power, feminine octagon [or, aristotle can eat me], by award-winning American playwright Amy Gijsbers van Wijk, is given its world premiere in Copenhagen. Performed in rep with Berghain as part of House of International Theatre’s season of LGBTQ+ oriented plays, presented in collaboration with Bøssehuset.

On the Way to the Sawmill

UK: In Japan, the term hikikomori refers to reclusive adolescents or adults who withdraw from society, extremely isolated and confined in their bedrooms. Sometimes for years. This is a hikikomori’s space. We observe what he is watching… These texts, with a violent, poetic, and sometimes epic tone, dissect the origin and consequences of violence; of how violence generates violence. It talks about revenge, suicide and terrorism, victims of sexual abuses and about the victims’s traumas of international conflicts. Here you have the dark side of humanity; the abuses of our societies, our own abuses as individuals, and the consequences of this on our present days.

This hikikomori is just like us. Someone wishing to exist, looking for hope; the metaphor of loneliness. 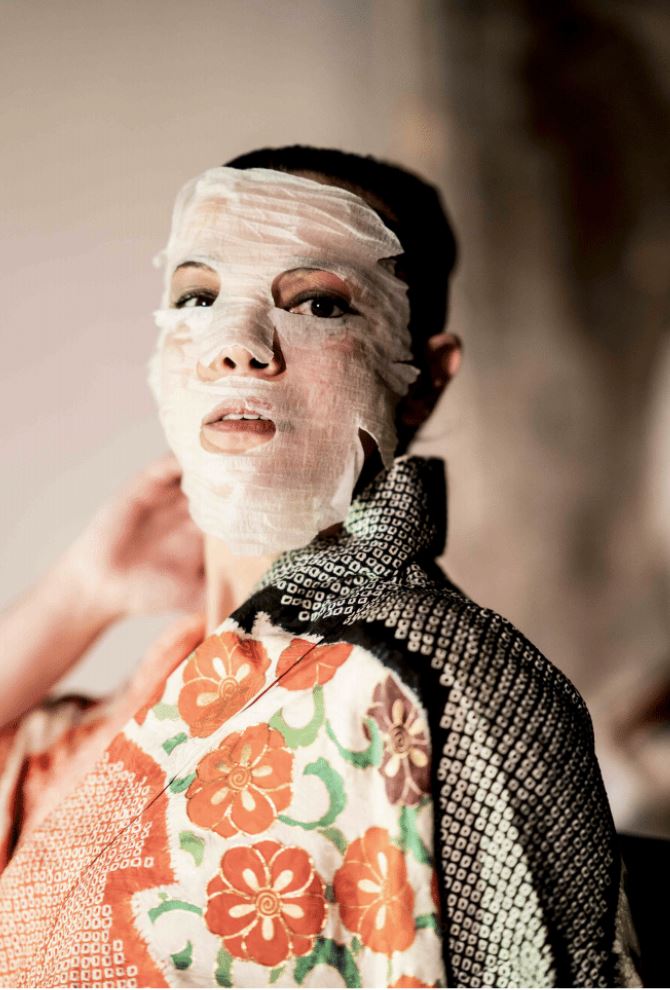 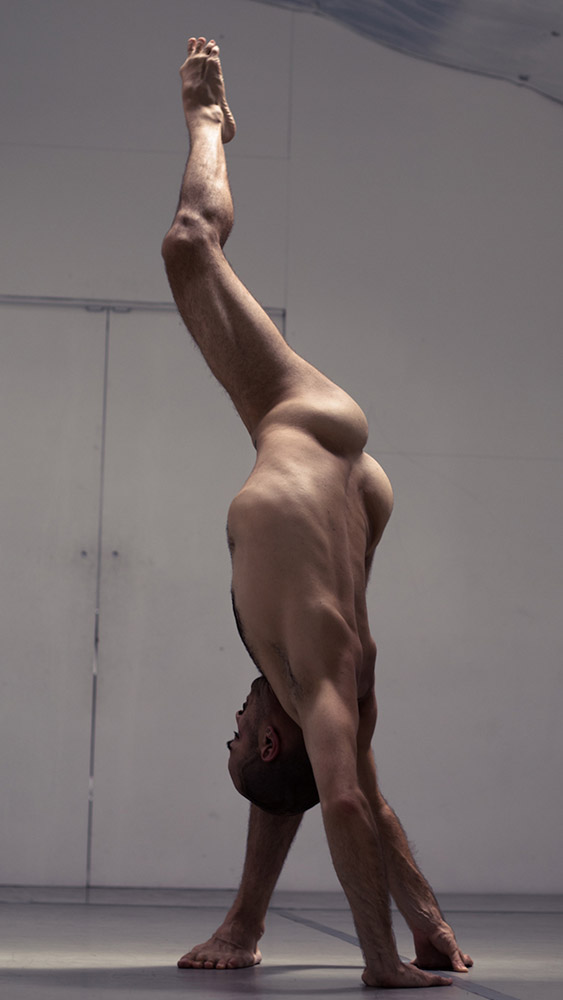 My Body My Nation

UK: My Body My Nation looks at the correspondence between Self and Body. A one-person, multidisciplinary performative act, where the ownership over the physical body is examined within social, political and ethical contexts.
In the era of campaigns such as #MeToo and Black Lives Matter, Aloni would like to interrogate the archaeological and anthropological identities of our physical body.
Via autobiographical elements and by responding to current political and social narratives, My Body My Nation attempts to decolonise the physical body from the cultures and manners that have been imposed upon it.
“You can chain me, you can torture me, you can even destroy this body, but you will never imprison my mind.” – Mahatma Gandhi
My Body My Nation was created in creative residencies in The Netherlands, Denmark and Australia.

UK: sensual howl of a trans-fem voice of resistance. A queer elegy. An act of liberation. Tender witchcraft that arises from love and anger. What happens when choreography of feelings, memories and traumas become a space for transformation and healing? As a non-binary artist Valentine Tanz works with the notions of loss and death. This experience becomes a material for performance making situated in site specific ritual. It shapeshifts and reacts to the local environment. 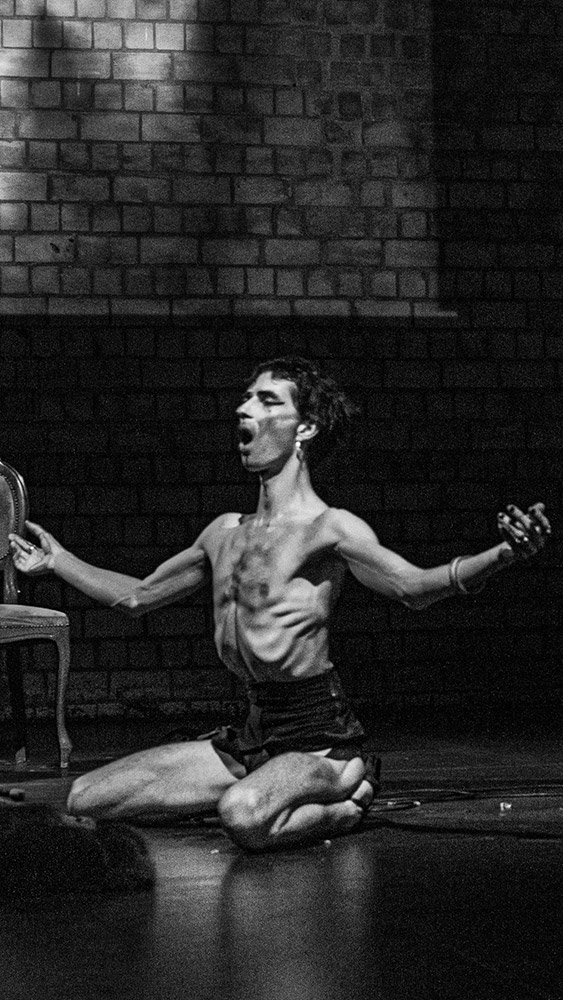 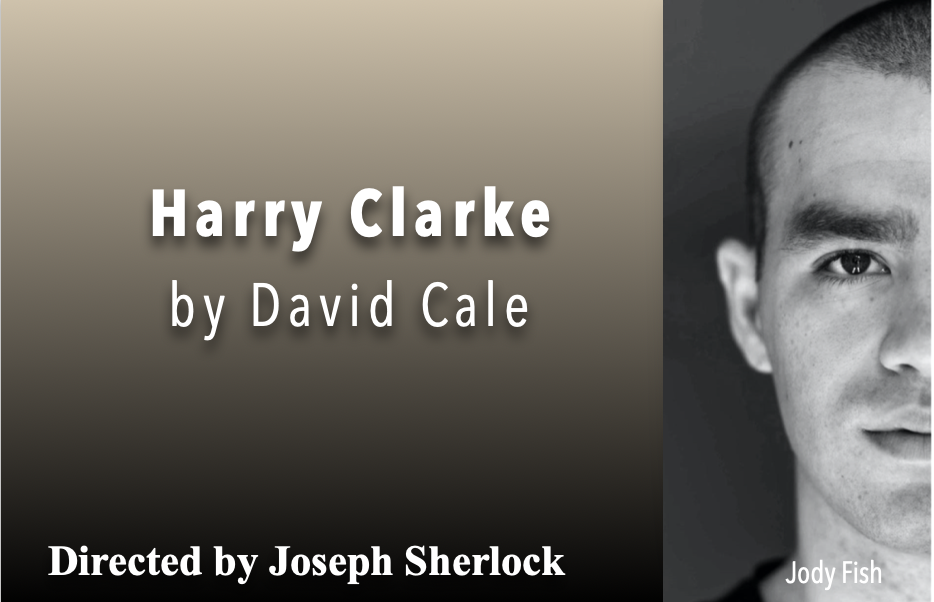 UK: This sexual, biographical thriller follows young American barista Harry – or is it Philip? –  who escapes to the bright lights of  New York from the American Midwest, and re-invents himself using an alter-ego as an Englishman,  accent and all. We follow breathlessly Harry’s attempts to re-invent in this way his own (real?) timid self , to escape a cruel, abusive childhood, a now dead, alcoholic, homophobic father and overwhelmed dying mother. We watch Harry con his way into a series of amorous adventures with New York high society, all in the hands of just one actor in a theatre, playing 19 personalities, in a masterful range of accents and flashbacks. This is a play that has the audience believing what was never really there and praying despite the fear that  you can be whoever you want to be.

UK: A HIT-Copenhagen production and a critically acclaimed success, The Shy Manifesto originally premiered in 2020 and due to demand is now being performed under CPH STAGE – INTERNATIONAL DAYS. This hilarious and moving dramatic comedy is in English, with a tour de force performance by British actor Daniel Ash. This is his debut lead solo role in Copenhagen, after drama training in the UK and now Denmark, where he is currently based.
The Shy Manifesto is a tender, bitter-sweet coming-of-age dark comedy from 2019, about growing up shy and along with the pressures and double-edged sword of the social media age. 17-year old bookworm Harry, stuck in Bournemouth, is surrounded in life by overconfident people. He has pretty much only his own room for company and decides to face his own demons after the utter chaos of his drunken escapades the night before.
This play is as hilarious as it is poignant. Through the digital universe of his vlog, Callum delivers a potent manifesto, which reveals his intimate thoughts about sexuality, society, humiliation, self loathing, and ultimately his quest for acceptance.
Shyness has rarely been explored in drama and in this piece, peppered equally by hilarious and poignant moments, “the writing is a gift to actors: light and energetic, lacking in pretension and full of compassion.” 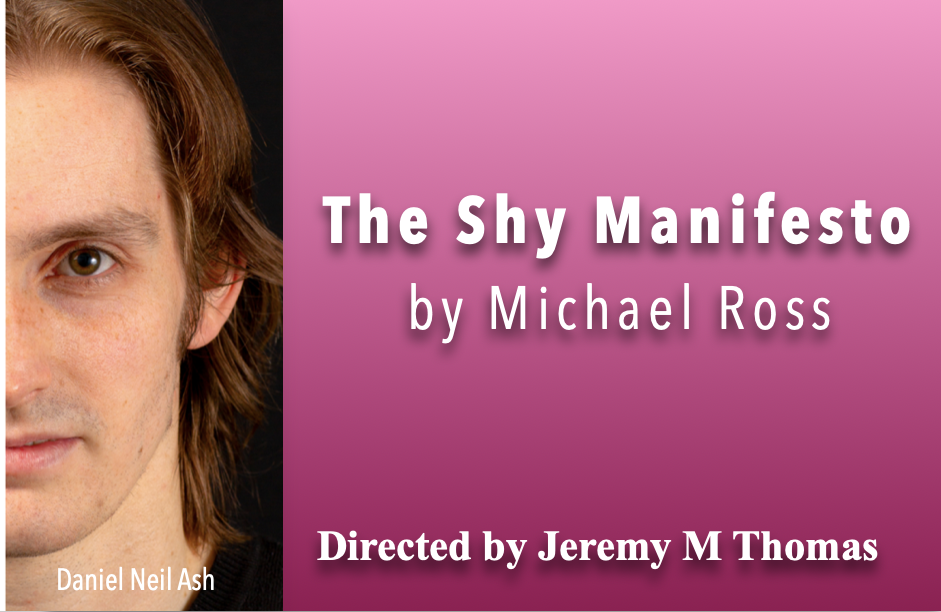 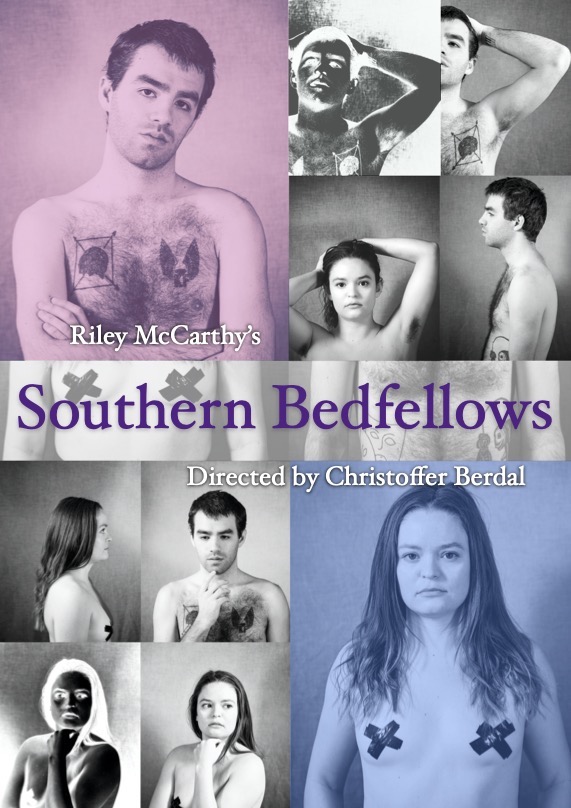 UK: Southern Bedfellows follows the love relationship and passionate identity struggles between two children, both of them growing up on a fluid, non-binary gender spectrum – facing choices unseen by any but themselves. As teenagers, they challenge the universal boundaries of sexuality, gender, poverty and religion. Sparks fly when identities are challenged. What happens through it all, to their gentle yet violent willingness to love only each other? Come and see… Don’t miss this seminal fresh work by one of the most significant voices in playwrighting today: American, non-binary playwright Riley McCarthy. Southern Bedfellows is part of HIT’s season focusing on new LGBTQ+ stories, in collaboration with Bøssehuset.

UK: The extravagant and seductive Moira Finucane returns with GLORY BOX. She reaches us live from Australia, a digital stream feeding the live and glamorous drag performance in front of you. A mixed media provocation in all its glory! Moira will also conduct a workshop in Copenhagen using the same digital approach. 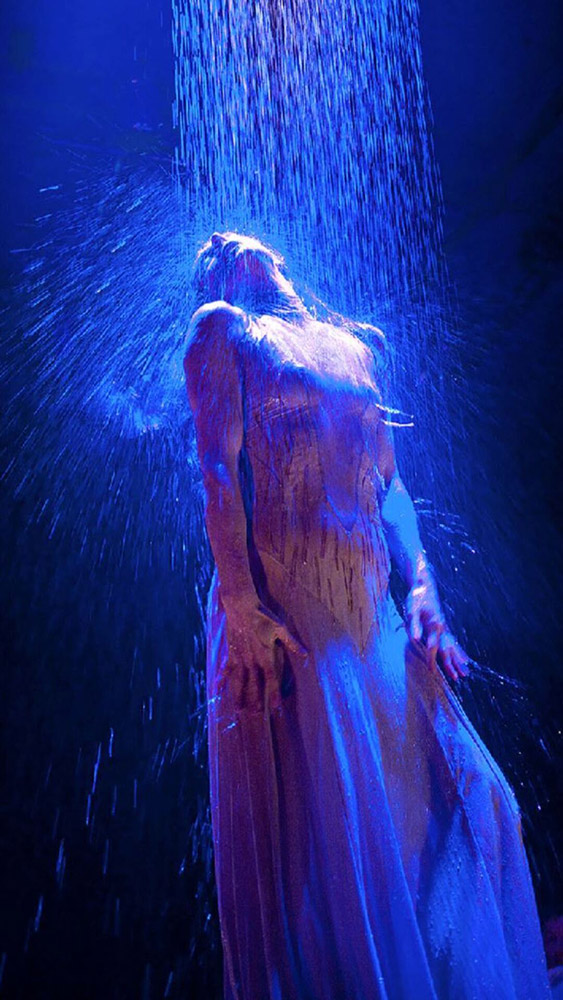 Harry Clarke by David Cale : “It’s jaw-dropping how the same actor can look both unremarkable and devilishly sexy with a flick of the head. Oh, and he can sing too…Monologues can be a lonely business, but he filled the space effortlessly, deliberately sharing almost constant eye contact with the audience as he took them into his world. It was hard to look away.”